Welcome to the 9/11 Film Autographed Poster and Gift Pack Giveaway!

Hosted by: Michigan Saving and More

Do you remember where you were on 9/11/2001? I do! I was at work when my husband called and told me about the first plane. I told my associates and we all went looking on the internet. Then my husband called again, now the 2nd tower and more. I wanted to cry! I just wanted to go home and hold my daughter, Krystal, who was only 14 at the time. No one could believe what we were hearing and we knew the world, as we knew it, had changed that day. When I came home I was glued to the television to really see for myself that this had happened. I kept telling my daughter "this will be in history books for your kids". I just sat in front of that television for hours, crying and saying prayers for anyone in the planes, buildings, on the ground, and all the people helping. The images played over and over, on every channel, of people running for their lives covered in a thick layer of white dust. The dust took hours to settle to learn the total damage and that was just 2 of the planes that cause the 2 towers to collapse. That night I learned about an airplane full of heroes that spent their last minutes saving an untold number of people, by forcing through cabin doors and stopping another terrorist attack. This cost everyone of these passengers their lives. There was also the other plane that hit the Pentagon. By the end of the night 2 towers had collapsed, and they would be searching for days for anyone alive, then bodies. We lost 2,996 people that day, over 6,000 people were injured, and more than $10 billion dollars in damages to infrastructure. As Americans we were shaken to our core, walked around numb for days, donating and helping in any way we could. There were volunteers from everywhere in the US, lots of companies sent people. We had no idea what to expect next or how to even protect ourselves from it. It took a long time to feel better after this and I still have a sadness come over me when it is mention. After this day the United States has become stronger and smarter. There were so many heroes on that day and for long after. Now our children need to know about this and we are the only ones that can tell the history the way we remember it.

In the World Trade Center, a billionaire sits in his attorney’s office awaiting a divorce hearing against his wife. In a west side apartment, a bike messenger kisses his 5-year old daughter and sings her “Happy Birthday” before leaving for work. A maintenance man gets dispatched to help a tenant with his lock. In an upper east side apartment, a young model musters the courage to break up with her sugar daddy. As random as random can be, these individuals step into a crowded World Trade Center elevator.

Wrapped up in their own world, they all ride silently hearing only the sound of the elevator giving notice of each floor. When the elevator stops on the 34th floor, it empties leaving only these five behind. Moments later ... their world changes as the collision of a jet into the North Tower incapacitates the elevator.

With no understanding of what has happened and is happening around them, these fives are forced to band together and fight against all odds to escape from the impending horrific collapse. During these critical minutes, a story of courage, faith, and the will to live unfolds.

This giveaway is in no way endorsed, affiliated, or associated with Facebook, Twitter or any other Social Media Networking Site.You are not eligible if you have won a prize from the sponsor in the last 12 month. This Giveaway is valid in the United States Only and Entrants must be 18+ years of age to enter. This giveaway event will end at 11:59 PM (EST) 9/20/17. The winners will have 48 hours to email their information back to las93063 at gmail dot com or a new winner will be drawn, you may want to put this email address as safe as it could go to spam. The sponsors are each responsible for shipping of the above prizes. No blog associated with this contests are responsible for prize fulfillment. If you would like to be a sponsor in a giveaway like this please email Laura Smith at las930 (at)gmail (dot) com. If you take an entry you must stay following for the entire contest or you will be disqualified.


Also we all “love it if you like us” on Facebook! If you like our blogs on social media it helps us bring you only the best giveaways and more of them!

Enter below and Good Luck!

Entry-Form
Posted by Onwildwings at 8:51 PM 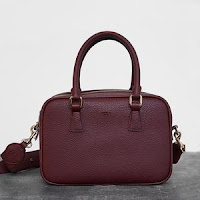 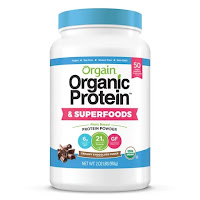 Click here to save 30% off of your first purchase at Orgain.com

20% off Your First Pharmacy Purchase with code RX20 Some of my favorite sites 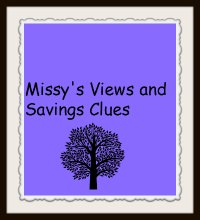 I'm a Sand Cloud ambassador use code: E-Missy12 15% off #savethefishies